How Not to Study for Exams 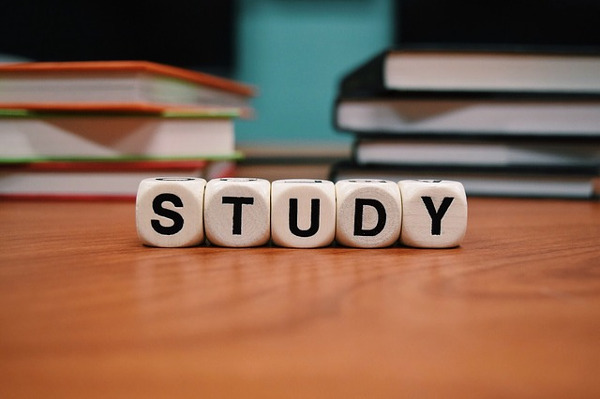 After my first finals experience in college, I am absolutely exhausted. I returned home to Nogales yesterday, and slept a full 15 hours! This past week, I took three final exams. I was lucky enough that none of them were on the same day, for many students took two and even three exams in one day. Last week was stressful, draining, and overall awful for my sleep.

I took final exams Monday through Thursday of last week. During the weeks leading up to finals week, I kept telling myself to study in advance for my tests and not leave it to the night before. Well, it was easier said than done. I had a ton of work to turn in before finals week, and that took my entire weekend leading up to it.

Monday was my Physics final. I began studying the night before around 10. The exam took place at 4 in the afternoon. So, I thought I could study from 10 pm – 6am, take a nap from 6 am – 10am, and continue studying during the final hours. Not surprisingly, I went to sleep around 1am and woke up at 2pm. I woke up in shock. I could not believe my phone actually read 2 pm. I grabbed my book and quickly went through some problems. I went into the exam room scared out of my mind, still half asleep, and with a hungry, growling stomach.

After my Physics test, I took a four-hour nap from 7pm to 11pm and met up with friends to study for our Calculus test. I felt better prepared for this exam. I was able to get a good night’s sleep (around six hours) and even ate breakfast this time around!

I met up with the same group of friends on Tuesday night. All of us were the least prepared for our Chemistry exam and knew we had a long night ahead of us. Before beginning, however, we each bought an energy drink as we knew we could not make it alone. Although, my friend bought four since he had slept like five hours the past three days… I hid the drinks from him for the good of his health. We began semi-studying at around eleven that night and took a three hour nap from 3 am to 6 am. We all woke up, drank an energy drink, and studied continuously from 6 am – 4 pm. It is not an exaggeration when I tell you I entered the exam room picturing a bunch of numbers and equations in my mind. As I fought a cold I had picked up and the constant dozing off from reality and dreams, I couldn’t help but regret my bad study habits.

Please do me a favor and pay attention to everything my friends and I did and do the complete opposite when you attend college. Make it a priority to study for your final exams weeks ahead of time. I made the mistake of being overly confident and having horrible time management. Don’t put yourself in a position where you have to drink energy drinks in order remain awake and focused. In fact, try to make it a rule to not drink them at all. They are horrible for your health and heart, especially as they cause tachycardia. By the end of your first semester, try to figure out which study habits work best for you. Make the best out of every office hour and external help offered, you’d be surprised how much help you can get.

College exams, especially final exams, are nothing like those you take in high school. They have a higher weight on your final grade, cover much more material, and are much harder. For your own health and GPA, don’t repeat the same mistakes I did!