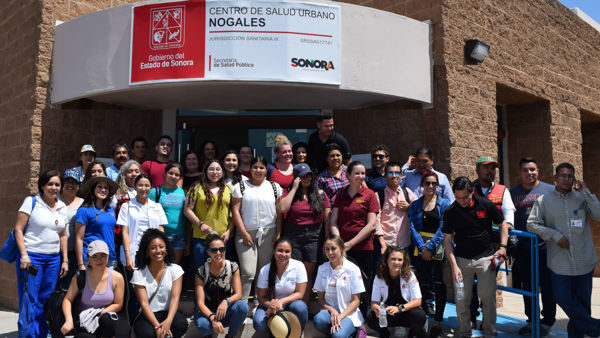 Due to the overwhelming success and positive feedback from 2018 AHEC Scholars, SEAHEC & The University of Arizona (UA) Health Sciences Colleges, hosted a second annual integrated AHEC Scholars/Binational Interprofessional Service Learning Experience (BISLE). The 2019 cohort of 19 students represented seven universities. Ten students were AHEC Scholars from the US and nine students came from universities in México. The students were accompanied by faculty members from their respective universities. 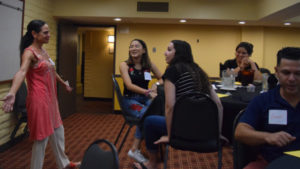 The AHEC Scholars Program is a federally recognized learning experience, offered by the Arizona Area Health Education Center (AZAHEC) Program, for select health professions students. The program is offered at all five regional AHECs in Arizona. BISLE is an innovative, collaborative initiative created by SEAHEC, UA and Mexican university faculty. In 2018, SEAHEC and partners combined the programs, with SEAHEC as the host organization. The purpose of the combined AHEC Scholars/BISLE approach is to create a binational, interprofessional learning experience that cultivates cultural understanding and hands-on learning opportunities for students in disciplines including: medicine, nursing, pharmacy, public health, psychology, veterinary sciences and physical therapy. The 2019 cohort represented students and faculty from UA, ASU, Universidad Kino, Instituto Interamericano de Educación Superior para la Salud, Universidad del Valle de México and Universidad Viscaya de las Americas. They came together for a day and a half of intensive immersion.

“I didn’t realize that I would like to live in a medically underserved area, although I have always thought I would work in a rural area”

The group arrived in Nogales on on Friday September 6th. They gathered that evening at Hotel Americana in Nogales, AZ. SEAHEC’s Director, Gail Emrick, provided a welcome and refreshments. Students then participated in an icebreaker exercise. 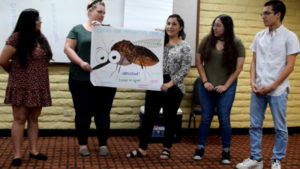 The students divided into groups of interprofessional and binational teams. Each table had at least one or two bilingual students to assure that all could communicate and participate. A marker was passed from one student to the next, and each student had to write down a specific responsibility or role of his/her profession in promoting health in a patient or in a community. Utilizing the drawing of a “fried egg” the outer circle contained individual professional roles, whereas the inner circle of the egg highlighted the shared roles and responsibilities. To the delight of many, students came away with both a better understanding of other health professions and a deeper appreciation of their own roles in health and health care. 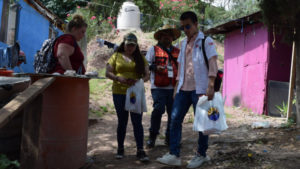 The next morning, bright and early, students and faculty alike, were already crossing the US México border at 8am. They crossed at the Mariposa Port of Entry, in Nogales. After walking about a half mile, to where transportation was waiting, AHEC scholars and BISLE students were taken to the Centro de Salud Urbano (CdeS), in Nogales, Sonora. Doctors Blanca Solis and Mercedes Gameros, of the CdeS, provided a fantastic overview of the Mexican health system, its programs and strategies and an in-depth description of epidemiology and health issues in Mexico, with a focus on the border.

With this orientation, the students then broke into their groups and shadowed community health workers, known as “promotores de salud” in Spanish, who were conducting Mexico’s “Patio Limpio” (clean patio) campaign. This campaign is a public health effort to control and mitigate the proliferation of mosquitos and to prevent and reduce mosquito borne illnesses including dengue, zika and chikungunya.

After a morning of community home visits, the students piled back into the vans and were transported back to the border. Arriving at SEAHEC the students enjoyed a lunch provided by the “Taco Loco” taco cart. It received rave reviews by all.

Sharing and Reflecting: A Crucial Part of the Learning Experience

When the monsoon rains receded, the students went back to the Americana Hotel, to prepare their reflections for the following morning. Reflections are an important part of the service learning experience. Students are instructed to be as creative as possible. No PowerPoint presentations. Students reenacted their experiences for their fellow students, highlighting what they saw, felt and learned during their weekend immersion.

Sunday morning bore witness to what they saw, felt and learned: One group hosted a “Quiz Show” where the other participants were the contestants. Members of the audience had to answer questions about topics such as “programs offered by SEAHEC to address health workforce shortages,” types of programs available at the Centro de Salud, and vector borne illnesses, for example. Another group performed a dramatization of community health workers and what it would be like to conduct a home visit in the US. The humor was spot on! One group even wrote lyrics for a song entitled “Somewhere Over the Border” to the tune of “Somewhere Over the Rainbow,” accompanied by a ukulele. It was so beautiful that some of us were literally moved to tears.

And that, in summary, is what AHEC Scholars/BISLE is all about – allowing people’s hearts to open and heads to come together and be transformed into more compassion and enlightened health providers of the future. Congratulations – AHEC Scholars and BISLE 2019/20!

Watch a BISLE Student Presentation: Over the Border