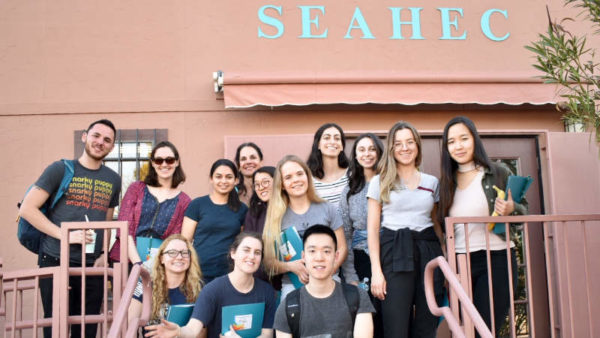 For a decade, Mt. Sinai students have worked with SEAHEC on a quest for learning while providing community service in rural border communities.

In March, 12 students and four faculty members from Mt. Sinai Ichan School of Medicine’s, Medical Students Making Impacts (MSMI) returned for their 11th year to Nogales, where they conducted a variety of public health activities with local residents of Nogales, Arizona, US and Nogales, Sonora, Mexico. The inter-professional group included four Masters in Public Health and eight Medical students. The expertise they brought to this area included Medical Humanities, Psychology, Biology, Biochemistry, Molecular Environmental Biology, Biomedical Engineering, Neuroscience and other studies, and included a wide range of community service experience.

The students arrived at SEAHEC Sunday afternoon, where they were welcomed by SEAHEC Executive Director, Gail Emrick and Tanya Henry, MD, Mariposa Community Health Center (MCHC), who provided introductions and conducted a presentation on Border Health.

Sunday, Monday and Tuesday evenings 2-3 students left the group to volunteer with the Catalina United Methodist Church and The Inn Project, a program that provides hospitality to immigrants seeking asylum. They helped make dinner and interacted with others staying at the shelter and heard stories about their experiences.

“I became more aware of both the health needs and amazing opportunities for making an impact by working in rural Arizona. Here, I found a rich culture and welcoming community.” 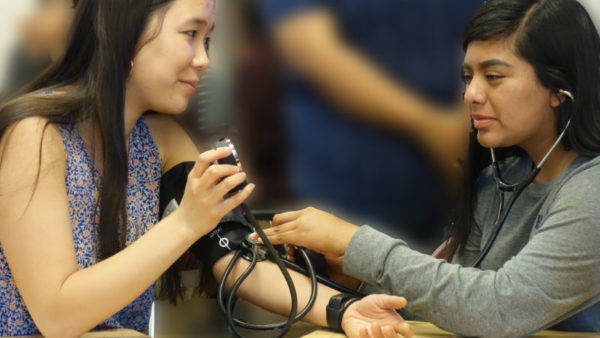 Monday morning, the group set up their health fair at Bowman Senior Residences in downtown Nogales, where they provided basic health screening and information for the residents and local neighbors.

In the afternoon, the group visited SEAHEC Future Health Leaders Club at Nogales High School, accompanied by the club’s Program Coordinator, Lupita Gonzalez. The MSMI students worked with SEAHEC’s high school students to teach basic screening techniques, such as how to take a blood pressure reading. Later, the students accompanied Daniel Judkins RN, MS, MPH, and SEAHEC staff on a tour of Morley Ave. where they learned about the history of Nogales.

They wrapped up the day back at SEAHEC where they shared reflections on what they had learned that day.

“I hadn’t previously considered working with an underserved population and now that is at the forefront of my mind as I consider my career path going forward.” 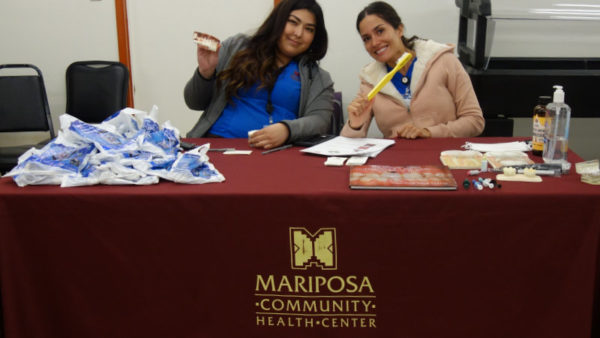 Tuesday morning, the students set up their health fair at Nogales Senior Center. Later, they traveled to the Evo A. DeConcini U.S. Courthouse in Tucson to witness the impact of US Border policy on immigrants. Operation Streamline is a G.W. Bush Era policy intended to deter illegal immigration, and “streamline” the process of prosecuting people who cross the border illegally. As many as 70 individuals are herded at a time in shackles through the court system, their rights are read in English, and then are either remanded to deportation or sent to federal prison. The policy has been criticized by human rights groups, who claim the policy bypasses constitutional protections and helps make money for privately run prison facilities.

On returning to Nogales, the students attended a presentation entitled “Life on the Border,” presented by Sigrid Maitrejean, a member of the Pimeria Alta Historical Society’s Board of Trustees. The presentation and dinner that followed was sponsored by SEAHEC partner Mariposa Community Health Centers, Inc. (MCHC.) Before dinner, students shared their reflections with MCHC Medical Director, Eladio Pereira, MD.

“I loved my time in Nogales, and want to come back.” 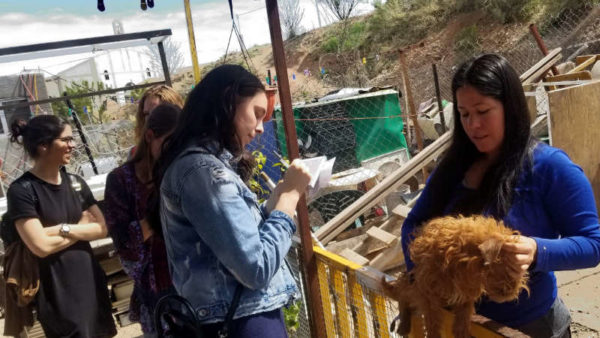 The students spent Wednesday in Nogales, Sonora, Mx. working with local community health workers, known in Spanish as Promotores de Salud (Health Promoters). Students received an overview of the nation’s “Anti-Rabies Vaccination” campaign that helps to stem the spread of rabies presented by Esther Solis-Blanco, MD, an epidemiologist on the staff of SEAHEC partner, Secretaria de Salud, Centro de Salud Urbano. After the presentation, the students neighborhoods in Nogales Sonora, where they vaccinated 100 local pets.

After lunch at Asadero La Herradura, a popular restaurant in Nogales, Sonora, the students visited Camino a Casa, a temporary shelter for migrant and refugee children, funded by the Mexican Government. The students participated in a project run by Universidad Kino & Cine Club, a youth club in Nogales Sonora Mexico that teaches kids how to turn their written stories into short films.

Students were introduced and conducted ice breaker activities. Afterwards, Angel Orozco from Cine Club and Teo Hernandez along with Eduardo Valle from Universidad Kino divided everyone into smaller groups where Mt. Sinai students helped the teens write a short story. Some stories were funny and had a positive meaning; others were about specific experiences the migrant teens encountered.

“This experience reminded me that working in the community is important to me and that it’s great to go places different from where I grew up.” 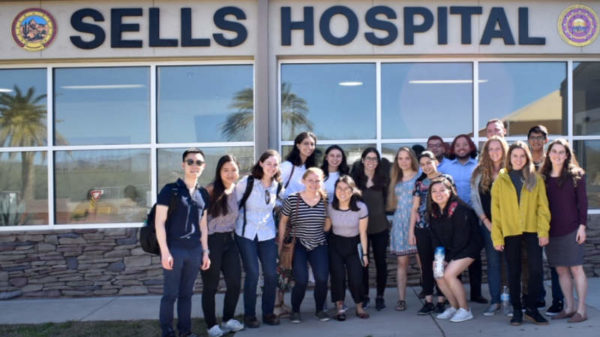 In the afternoon, the group toured Tohono O’odham Health Care, a 14-bed hospital in Sells, where they were hosted by hospital staff member Peter Reding, DO. After the tour, the group received an overview of Community Health Services presented by staff from the Tohono O’odham Nation Department of Health and Human Services Management of Health. The day’s activities concluded with a tour of the US/Mexico border, which bisects the Tohono O’odham Nation. Kendall Jose, Chukut Kuk District Vice Chairman, led the tour.

“This experience reminded me that working in the community is important to me and that it’s great to go places different from where I grew up.” 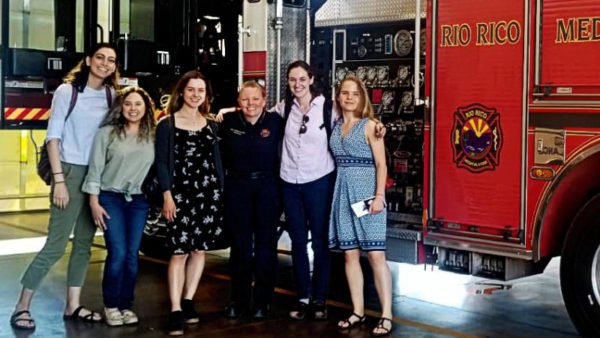 Friday morning, the students toured the Nogales Border Patrol station with Border Patrol Agent St. Louis. At lunchtime, the students feted SEAHEC staff and partners in appreciation for SEAHEC’s support in visiting Nogales. The lunch was sponsored by Ichan School of Medicine.

After lunch, students traveled to Rio Rico, a community north of Nogales, for a visit to Rio Rico Medical & Fire District Station #3. They learned about local EMT services and the Community Integrated Paramedicine Program from (CHIPP) Tangye Beckham, CHIPP Coordinator. In 2015, SEAHEC helped the Rio Rico Fire District to set up the CHIPP, and provides EMT training for the Rio Rico and Nogales fire departments.

The students wrapped up their tour with community activities. Four students teamed up with Tangye Beckham, to go on home visits, while eight of the students went to the Santa Cruz Training Program to help out with gardening and planting spring flowers. The program provides job training and support for people with disabilities.

On returning to New York, a student wrote SEAHEC staff and shared how much their visit had moved them:

“It’s been a little bit of time since we got back from Nogales, and our trip is still very much on my mind. It was an absolutely fantastic learning experience- complex, emotional, inspiring, sad and exciting.”

“I think the two most meaningful experiences I had were at the shelter in Tucson, and the center in Mexico. I spent time coloring with the kids in Tucson, and then working together with vulnerable teenagers in Mexico to draw out a shared story on one piece of paper. These were both such powerful experiences for me- moments that superseded the need for language, crossed over any cultural differences, and brought us together as humans who are trying our best to live positive and meaningful lives. It was heartbreaking to see how difficult that can be for some people.”