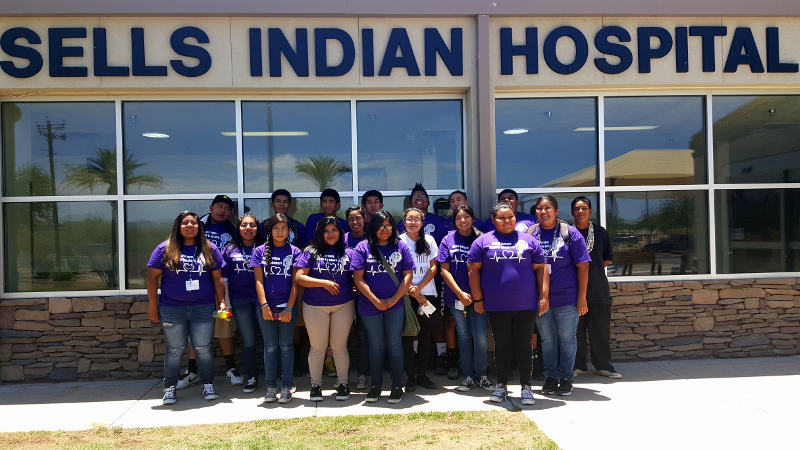 One of SEAHEC’s most inspiring youth activities are the annual week-long Future Health Leaders Summer Camps. We organize two camps, one sponsored by the Tohono O’odham Nation, and the other sponsored by the Arizona Area Health Education Center. 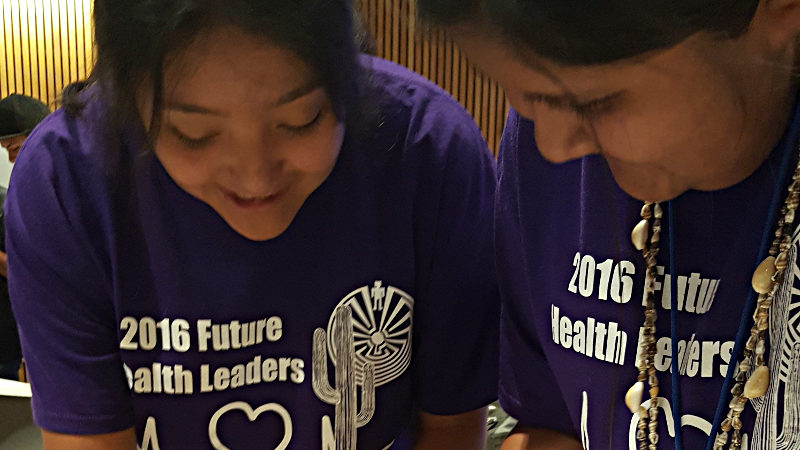 On the first day, the students received an orientation to camp, and moved into the TOCC dorms where they would be based during Camp week.

On Tuesday, They learned about “Healthy Living” by examining aspects of our food system, which included a trip to the local Garden Kitchen. They finished off the day with traditional games.

Traditional Games are part of the FHL Summer Camp experience at the Tohono O’odham Nation. Club members play Toka, a game like hockey, played only by women.

On Wednesday, the students toured Indian Health Services Hospital, build a Wato, a traditional structure to provide shade, and participated in a leadership building activity.

On Friday, the students earned their CPR/First Aid certification and participated in a service learning activity at the Tohono O’odham Archie Hendricks, Sr. Skilled Nursing Facility.

On the final day of Camp, the students invited friends and family to join them in a Goodbye Dinner, where they presented their findings, and career aspirations to the community.

The students who participated in the AHEC FHL Camp were from the SEAHEC, NAHEC GVAHEC AND EAHEC* regions and spent the week at the University of Arizona campus to get a taste of campus life. The key themes at Camp this year were building bonds, medical biology, community service, and college success. 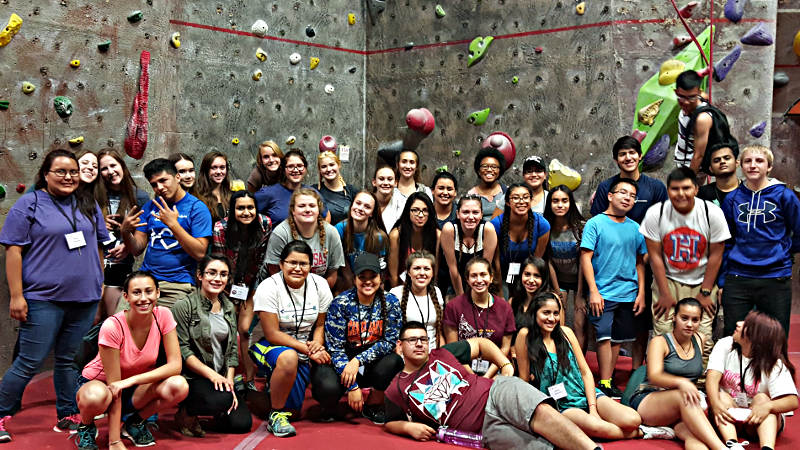 Orientation included a campus tour, activities to “break the ice,” and a session where students set down their rules of conduct for the week.

On Monday, the students earned their Heart Savers CPR Certification, visited the local planetarium, and explored rock climbing, as an example of health, building physical activity. 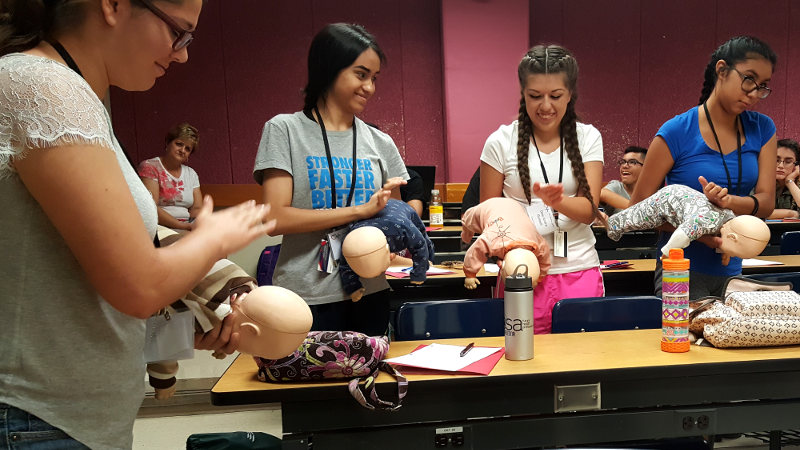 Tuesday provided a panel an lecture on life in medical school, and a trip to the ASTEC lab, and tours of the UA hospital, and the colleges of Pharmacy, Medicine and Nursing. 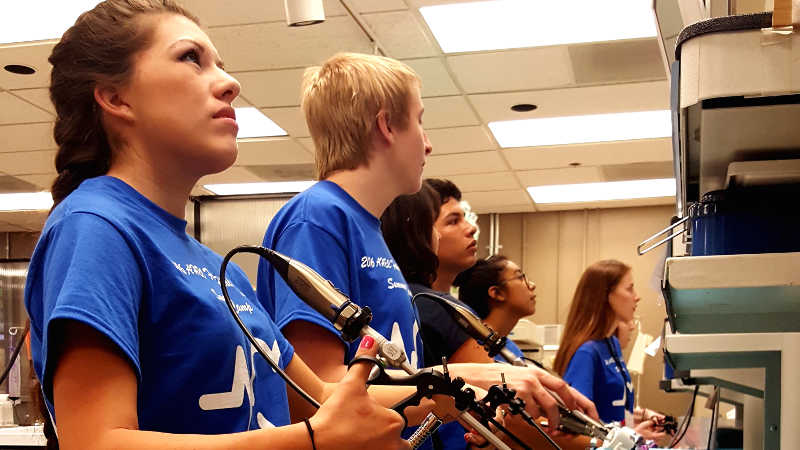 On Wednesday, the students visited the Tucson Desert Museum and participated in learning sessions on Behavioral Health and the role of animals in therapy. Thursday, students volunteered at the local food bank, and spent the afternoon exploring topics in Public Health, and building leadership skills.

On Friday, the MEDSTART students gave a presentation, after which the students learned about financial aid and the offerings of the UA Campus. On the final day, the students presented a public service announcement, which they had developed earlier in the week, to campus staff and parents.

* AHEC is an acronym for Area Health Education Centers – Arizona has five AHEC regions. SEAHEC is the Southeast Arizona AHEC.