SEAHEC Future Healthcare Leaders Summer Camp Participants at Tohono O’odham Nation gathered under the traditional “wato” they built as one of their camp projects.

A Wealth of Science and Traditional Skills

The Tohono O’odham Nation hosted a summer camp for SEAHEC’S FHL Clubs from Tohono O’odham and Baboquivari High Schools. Participants included teens from Tucson, and a tribal member who came from California especially to attend the camp.
The Tohono O’odham Community College opened its doors to the group of 17 8th to 12th graders to provide the camp’s base of operations. The students stayed in the dorms and used campus facilities to conduct research for their final presentations. The participants also contributed to campus infrastructure improvements as part of their activities. From their base on Campus, the students participated in both traditional and academic skill building activities. The student’s families joined them to camp out under the stars to harvest the sweet red bahidaj fruit from native Saguaro Cactus. They processed the fruit to make healthy traditional dishes. The students also learned traditional construction skills by building shelters, called watos, to create an airy gathering place on campus.

The students met with health professionals from the Indian Health Services (IHS) and the Tohono O’odham Department of Health and Human Services to learn about domestic violence prevention, and cancer awareness. Talking with community health professionals helped students learn about health careers from a variety of disciplines and perspectives. They also participated in a seminar on Suicide Prevention hosted by the Nation’s Respect Our Life Project.

A highlight of the camp was when the students, who were touring the Tohono O’odham Community Hospital, participated in rescuing a local woman who was rushed to the emergency room after her car rolled over when she was texting while driving. It wasn’t until after the patient had been treated for multiple burns and contusions that the students discovered the “emergency” was staged for their benefit by the

Tohono O’odham Health Department and Hospital Staff, in cooperation with the “car crash victim,” to give the students a taste of life as an emergency room health professional.

For a hands-on academic experience, the students participated in career research. Guided by four anthropology students from the University of Arizona Bureau of Applied Research (BARA,) the students learned how to conduct research and present their findings. At the end of a week-long exploration of science, community and learning, the students held a dinner to celebrate their successes. To practice their public speaking skills, they shared their research with their families and the community. 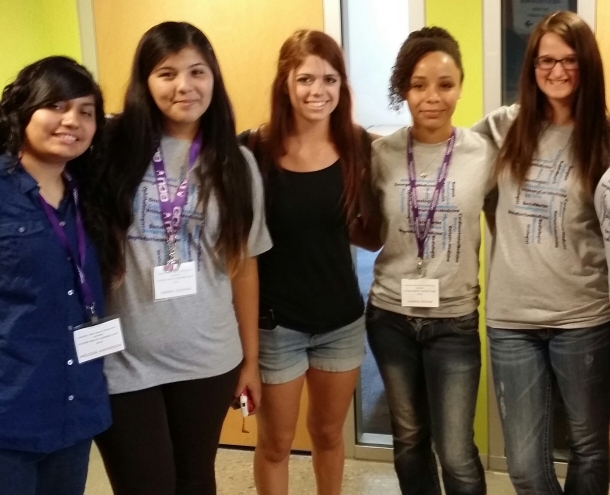 Activities included a “Meet the Professionals Day,” in which the students visited the Tempe Fire Department, and met with nurses from Chamberlain College of Nursing. They also visited the college’s SimCare Center, where nursing students get hands on experience with the lab’s simulated environment.

Camp participants also visited the Arizona Science Center in Phoenix, to explore the center’s Health & Medicine Facilities, and to “have fun with science.” Back on campus, the students stayed in the GCU College dorms while they researched health careers and prepared presentations to share the results of their research.